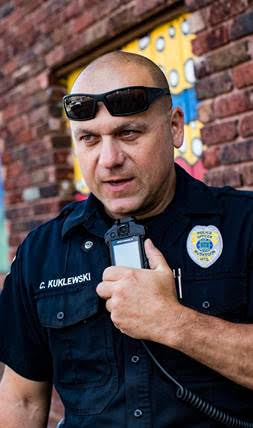 C3 is continuously seeking in how to innovate the operational process of our clients. With the body worn cameras we made a next step in the process to more safety. By using the body worn camera you can make videos that can be used as an evidence in court.

It is also an additional tool to protect the persons while on the move or on the street and the team can monitored by a video from a distance. With the help of C3 everything will be clear about the settings for the use of the body cam and more.

Keep also in mind that safety standards are a must, because videos and visuals that are produced need to be treated sensitive and need to be classified.

Why should you use Body Worn Cameras?

Recording with the Camera
The Body Worn Camera does not save continuously only when you push the button it starts savings what it records. Because of this, people still have their privacy wherever they are until they cross the wrong line. To make sure the full incident is being recorded, the cameras have a feature called pre-recording. Then the camera is continuously filming, but not saving what is being filmed. When you put on the record button, the last 20-50 seconds will be saved as well.

C3 has a wide selection of Body Worn Cameras in their portfolio. Please contact us for a free demo for your company.