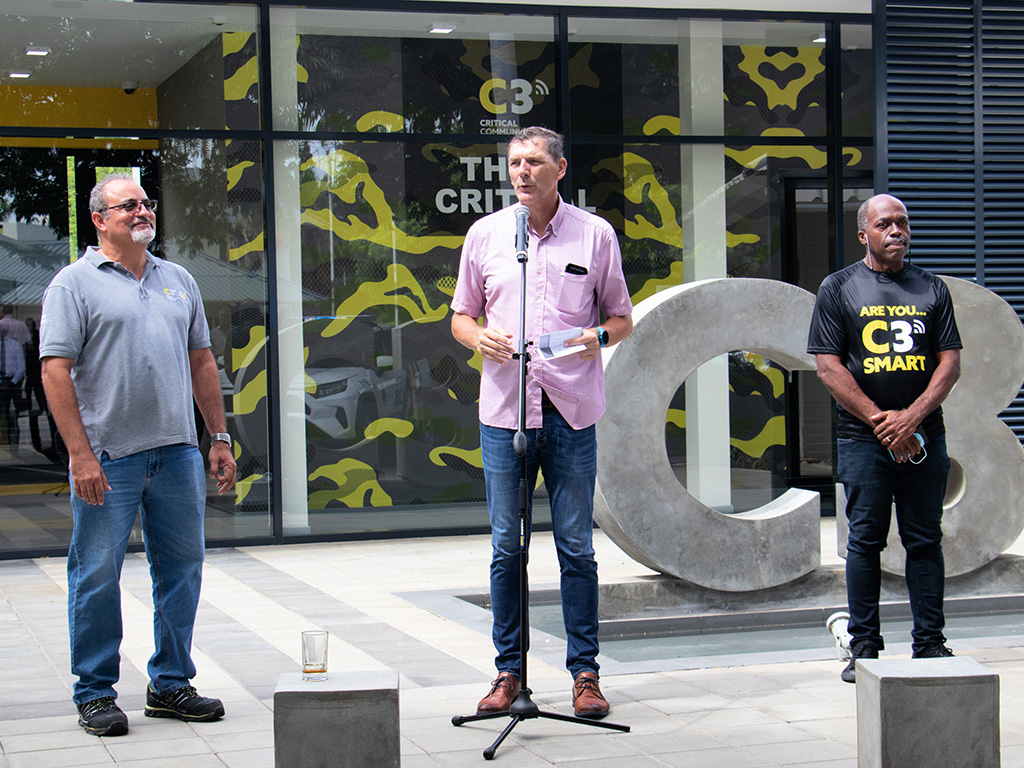 On June 8th, Critical Communication Caribbean celebrates a remarkable milestone. Exactly 90 years ago on that date, the company was established on the then still existing Netherlands Antilles. A lot has changed over the course of those 90 years, but C3’s goal has always remained the same: providing reliable means of communication in every situation.

The tech of back in the day: Morse code
The first means of worldwide radio communication was Morse code, which made it possible to stay in contact with ships and overseas territories. The company was known as Radio Holland (not to be confused with the present-day Radio Holland, which is a ‘distant cousin’), and became a household name on Curacao. In its heyday, in the 1960s and 70s, the company employed hundreds of workers.

Pioneers in police radio
As technology advanced over the years, the company installed the first analogue radio network for the Netherlands Antilles Police Force. This network enabled the police force, the fire department and other critical services to communicate with one another better than ever before.

Digital breakthrough
In the 1990s, Radio Holland was acquired by SAIT Zenitel, and investments were made in the first digital radio trunking network of the Caribbean. This network, commonly known as ‘Chuchubi’, was another leap forward as far as possibilities and reliability go.

Investments and innovation
In 2015, C3 was the first company on the radar of the then recently founded Curacao Growth Fund, which aims to create value through high-quality investments. Soon after, investments were made in a new digital TETRA network and a beautiful new office building in Emmastad. This building is a visual representation of what has been C3’s core value for 90 years: innovation with due respect for the past.

Looking forward instead of looking back
C3 will continue to invest and expand. Through its rapid development of technology, C3 offers solutions not only to critical services, but also to the hotel industry, the transport sector, industrial organizations and other partners to whom reliable communication is of vital importance. C3 continuously monitors the latest technologies, thus making sure that companies, governments and institutions can function and remain in communication, no matter the circumstances.

Critical Communication Caribbean (C3) has branches in Curacao, Aruba, Bonaire, St. Maarten and Colombia. The company has 32 full-time employees and is a wholly-owned subsidiary of the Curacao Growth Fund.